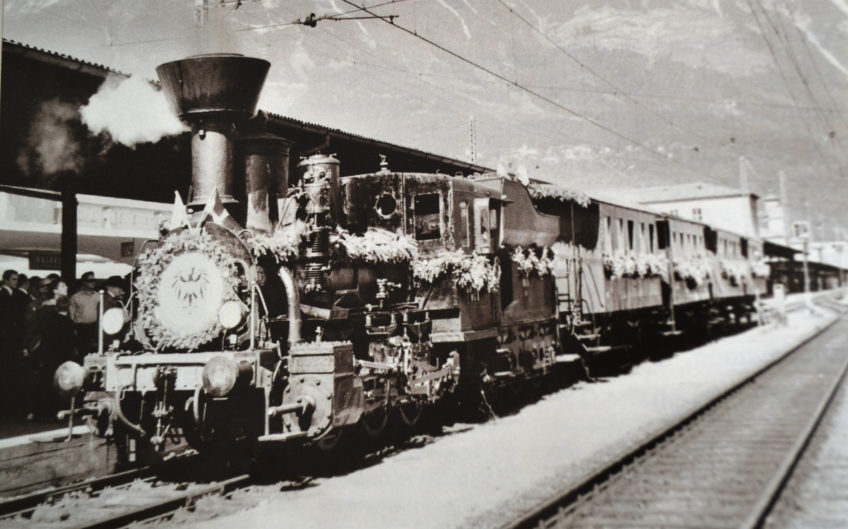 The fascination of the railway – 150 years Brenner railway

The Brenner Railway between Innsbruck and Bozen is celebrating its 150th anniversary this year. Befitting the theme, Hanns Jenewein is introducing himself and his unique model railway system in St. Jodok.

Hanns grew up in St. Jodok right beside the Brenner Railway. His father was, like himself, employed at the railway. When Hanns was a young boy of six, he had a very vivid dream about a toy electric railway. Finally, in 1999 Hanns fulfilled the realisation of his childhood dream and began to transform a large basement room in his house in St. Jodok into a miniature railway world. Now, almost 20 years later his work is complete.

A master achievement of another dimension
The construction of the Brenner Railway, at that time the steepest mountain railway in the world, brought tremendous challenges. On the 125 km long route between Innsbruck and Bozen, 13 bridges, 22 tunnel constructions and many protective structures/galleries were built against falling rocks and mudslides. For the first time in the history of railway construction, the so-called “spiral tunnels”, i.e. the curved tunnels, as in St. Jodok, were built. The engineer Carl von Etzel was responsible for the construction of the railway. He died of a heart attack just before the completion of the Brenner Railway. His close friend and colleague, the engineer Achille Thommen finished the construction.

20,000 hours – 20,000 workers
In Hanns’ miniature railway, the 96 trains and 266 LED-lights are electronically connected over 7,000 m of wired cable and controlled centrally by a computer. In total, Hanns has invested 20,000 hours in the project, in the process, laying 750 m of model railway tracks and creating a colourful world of houses, railway stations and landscapes.
During construction of the Brenner Railway, 20,000 anonymous workers produced astonishing results, though 223 of them were killed in accidents. With humble tools, such as pickaxes, shovels, winches and pulleys and despite the adverse conditions that prevail in the Alpine region, especially in winter, completion was achieved in three and a half years. The Brenner Railway was never officially opened due to a period of national mourning in the imperial household. As of the 24th August 1867, locomotives pulling passenger and goods trains hissed and steamed through the Wipptal valley and over the Brenner, which from this point in time linked north & south in the shortest space of time.