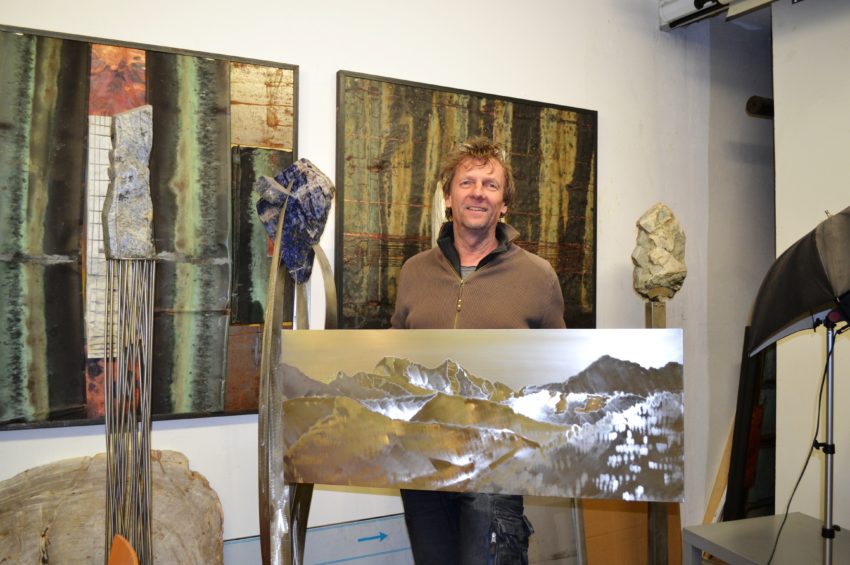 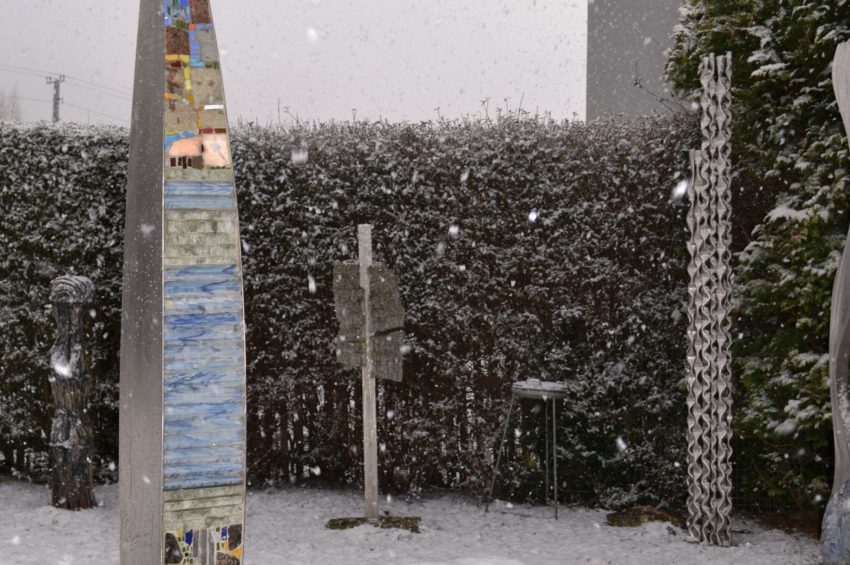 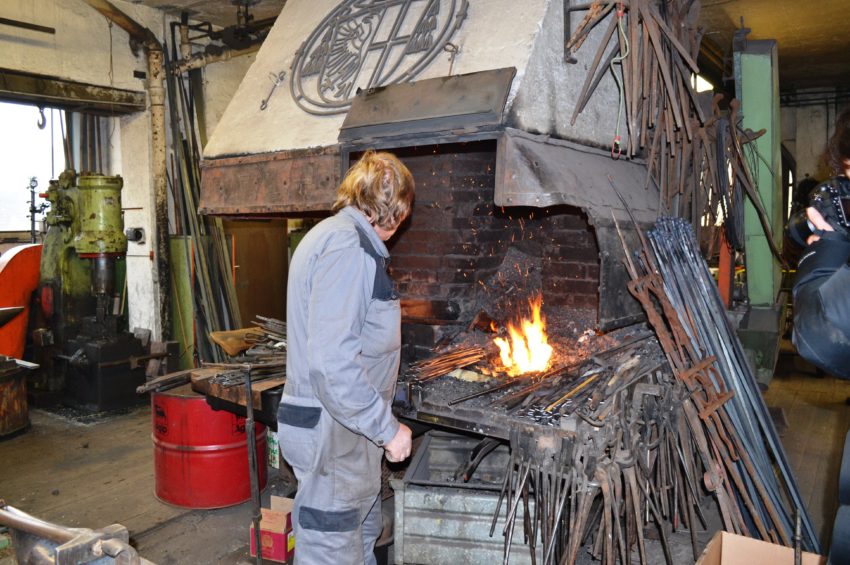 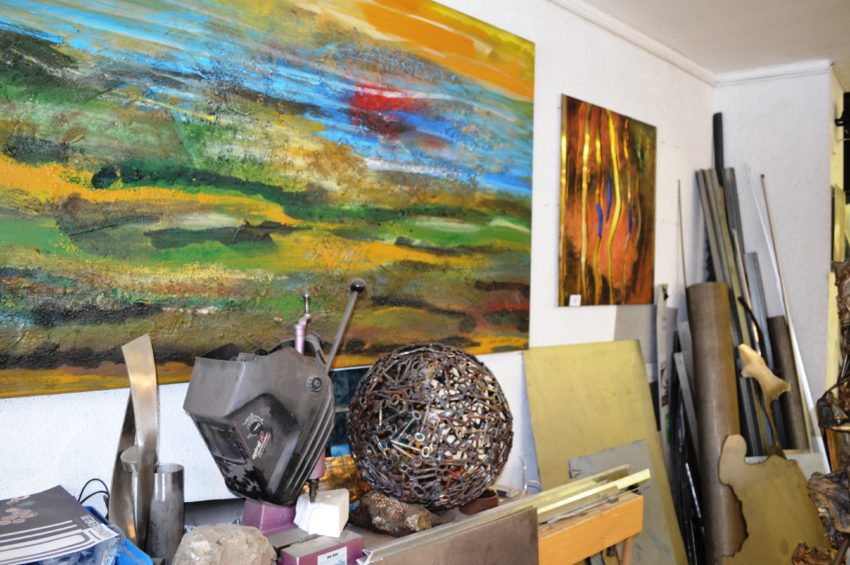 The Amort Family. The blacksmith trade is an Amort family tradition. All five brothers (Peter, Paul, Georg, Anton and Karl) are in some way involved in metalworking. A visit to their workshop is a remarkable experience.

The Amort wrought-iron workshop is situated in the centre of Matrei. Anton Amort (56) is the most versatile artist in the family, his workshop is located in the back courtyard, while many of his sculptures are already exhibited in the front yard. In addition to stainless steel, he also uses wooden parts, stone and mosaic in his work. As you enter the artist’s studio itself, you are amazed by Anton’s wide array of talents. His latest creations include grinding patterns with images of the beloved mountains of his Wipptal homeland, like Serles, Habicht or Olperer. Yet Anton is also a true master in the art of painting, especially nude painting.

Georg – the Master of Fire
A fire blazes in the hearth of the blacksmith’s workshop nearly every day. This is where artist blacksmith Georg (54) works. He knows his craft well, so it’s no surprise that in addition to producing wrought-iron memorial crosses and banisters, he is also entrusted with the restoration of historic metal decor. For example, he restored a 16th century banister for the Silver Chapel of the Hofkirche in Innsbruck, which had been melted down during World War I. Georg is the most athletic of the five brothers – he has already taken part in the Dolomitenmann relay race several times with much success. His favourite place for training is the area around the Maria Waldrast Monastery, where he often makes his rounds on his cross-country skis after work.

It’s all about metal – even for the other brothers
Paul (58) has found his own market niche in the metalworking sector. He produces lucky horseshoes which he decorates with personal themes and sells as souvenirs.
Peter (52) is a master locksmith and welder and often works with Georg. His line of work mainly entails the production of banisters and balcony railings from stainless steel.
The fifth brother, Karl (49) works on his own running a locksmith service and has therefore remained in a way loyal to the family’s chief profession.

Our tip for you:
If you would like to visit the wrought-iron workshop or the artist studio, you can do so during the Matrei Advent Operettas. During the two event dates shown below, the doors of the blacksmith workshop are open to visitors.

Nativity scene made in Wipptal