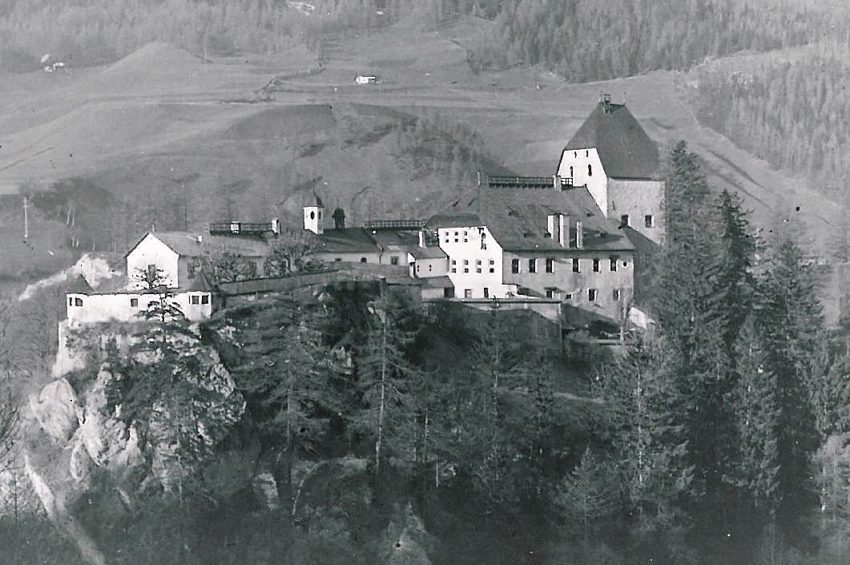 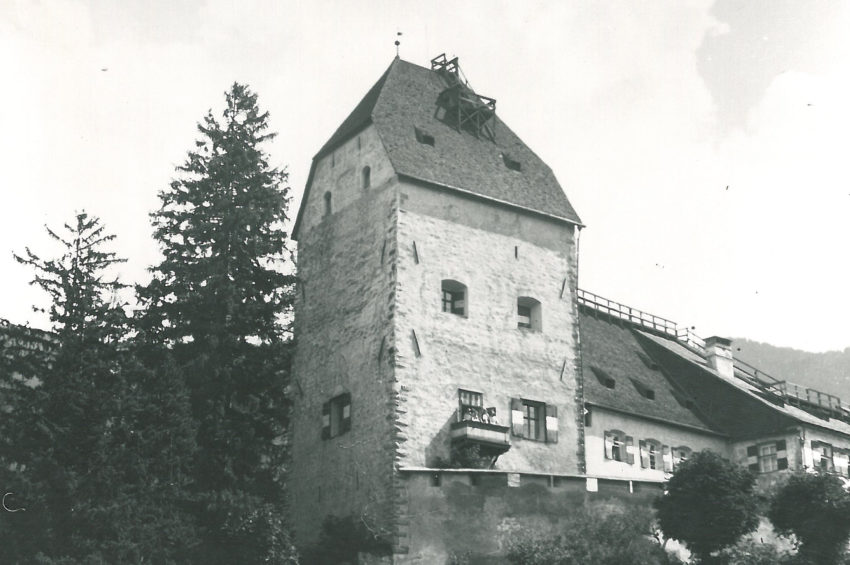 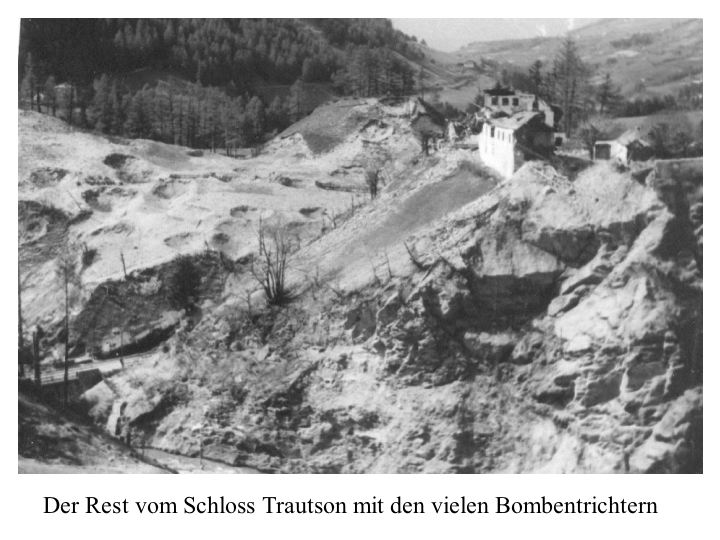 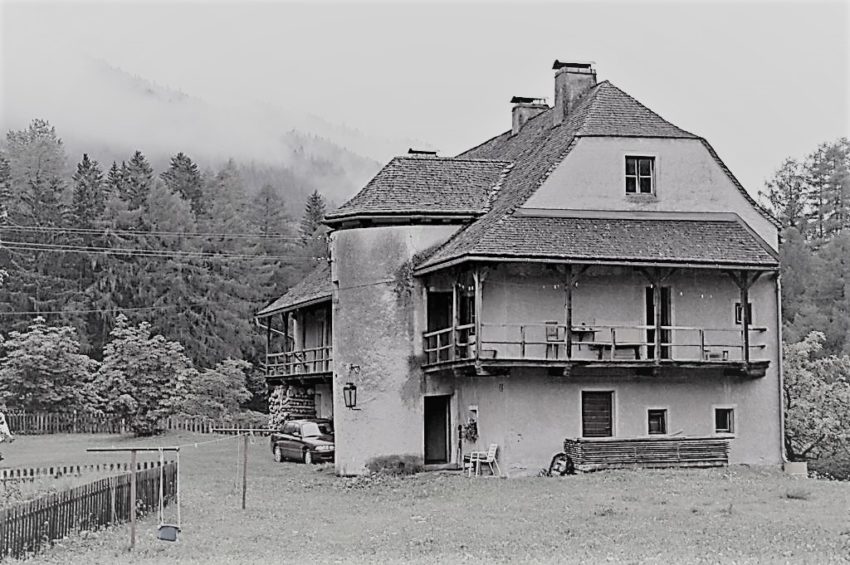 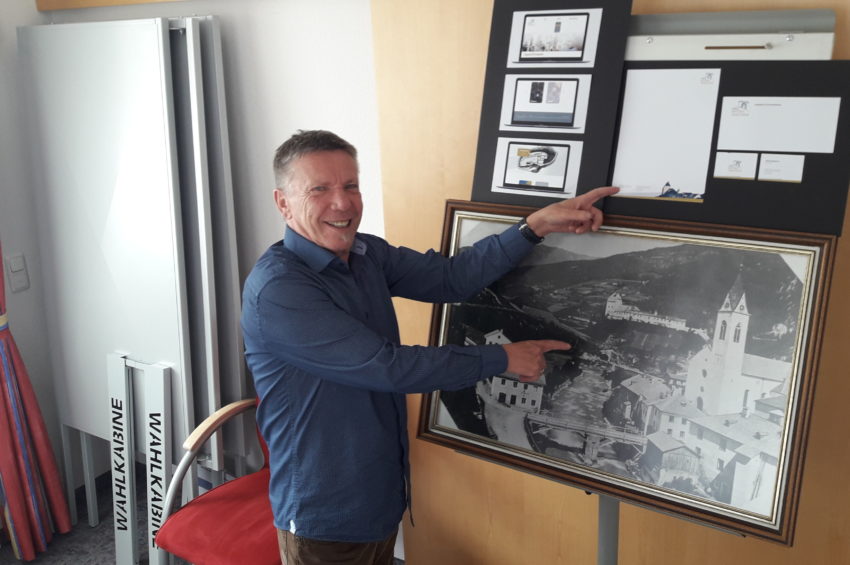 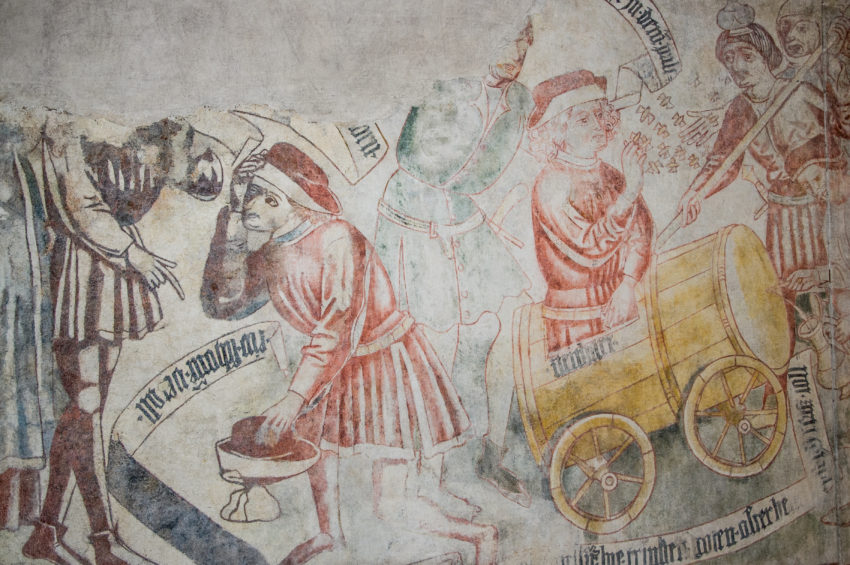 Pearl of the Wipp Valley
Trautson Castle, enthroned above Matrei, dates back to the 13th century and was formerly known as the “Pearl of the Wipp Valley”. The castle was almost completely destroyed in a bombing raid towards the end of the 2nd World War. Klaus Rinner spoke of glorious times and strokes of fate.

There was a festival at Trautson Castle for the first time on Monument Day in September 2018 with guided tours and comprehensive information about the history of the property. The members of the “Schloss Matrei-Trautson” association and also the current owner, Mr. Gobert Auersperg-Trautson, were taken aback by the rush of visitors. I learned interesting facts about the former majestic castle above Matrei during the guided tour. Glorious times
Klaus told me that the castle originally dates back to the Middle Ages and was built in 1221 by Count Albrecht III of Tyrol. The castle was given to the Lords of Matrei until the marriage of the last heiress to Hans Trautson von Sprechenstein resulted in the castle becoming his property. The castle received its present name “Trautson Castle” from this period. After several extensions and owners, including Emperor Maximilian I, Anton Trautson bought the castle of his ancestors back. Maria Josepha von Trautson brought it into her marriage to Karl Joseph Fürst Auersperg in 1775, and it is still in their family possession.

Heavy strokes of fate
When the Brenner railway was built in 1868, the tunnel blasting caused major damage to the buildings. However, the castle suffered the most severe blow of fate on April 2, 1945, when the walls were almost completely destroyed by an American air raid. The raid was actually aimed at the adjacent Brenner railway. “Today we only have the rebuilt chaplaincy building, a few castle walls and the washing room”, explains Klaus, “but for me this is a special place that we want everyone to have access to in the future”.

Major plans for the castle grounds
The “Schloss Matrei-Trautson” association has set itself the target of turning the entire castle grounds into a cultural and event centre. A café with event hall or a suspension bridge are just some of the facilities planned. The first renovation measures are already being implemented with the overall project to be completed by 2025. The “pearl of the Wipp Valley” will then shine in new splendour…

Tip: Become a supportive member of the Schloss Matrei-Trautson association for €50! Benefit from exclusive guided tours, excursions or discounts on events. More information can be obtained at the Tourist Board in Steinach

On the Trail of Water